In their latest ‘UK Cross Sector Outlook’, Savills Research have noted that following the summer budget of 2015, the government’s alterations to Buy-to-Let (BTL) regulations and taxation, have seriously dented the enthusiasm of many potential landlords. Savills report that UK Finance have calculated that the number of BTL mortgages granted in the year to August 2017 was 75,300. This represents a fall of 47% from the year to March 2016. Furthermore, the actual growth in the number of outstanding BTL mortgages is lower still – now standing at 24,800 – which suggests that landlords are divesting in this sector.

UK Finance have stated in their non-seasonally adjusted data release that loans for remortgaging and for house purchases rose, when compared with the previous month and with the same period in 2016.

Given the current economic climate, both capital and interest payments for new loans are at an all-time low, which reflects the increasingly competitive nature of the mortgage-lending market.

June Deasy, Head of Mortgage Policy at UK Finance said: “Over the last year, the number of loans for remortgaging have been at record levels; this trend looks set to continue further as we head towards the end of 2017 and borrowers seek to take advantage of low interest rates. Mortgage repayments as a percentage of income still remain at, or close to, their historic low point, and despite the recent base rate rise, we can expect monthly mortgage payments to remain affordable for the vast majority of borrowers.”

In its latest data release, the UK Land Registry, which collates completion data across the country, has recorded the average residential property price in the UK at £223,807 in October. This represents an annual positive price change of 4.5%, and a slight monthly fall of 0.5%. They stated that the Royal Institution of Chartered Surveyors (RICS), whose members they canvass for the data, reported that headline near-term price expectations slipped to -11% from -8% in September and has now been negative in each of the last three months. The Bank of England found that housing market demand has strengthened overall, but with the usual regional divergence. 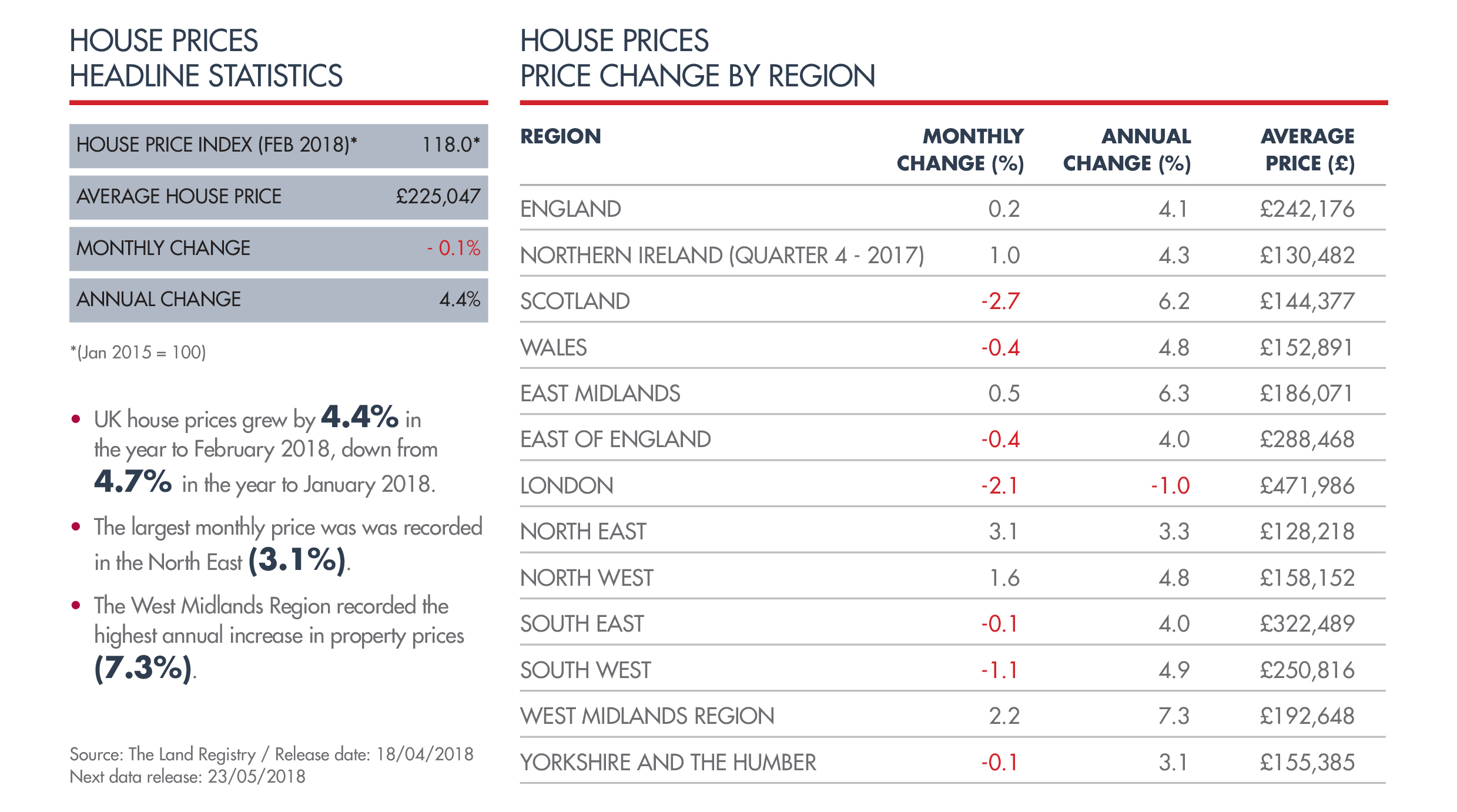 It is important to take professional advice before making any decision relating to your personal finances. Information within this document is based on our current understanding and can be subject to change without notice and the accuracy and completeness of the information cannot be guaranteed. It does not provide individual tailored investment advice and is for guidance only. Some rules may vary in different parts of the UK. We cannot assume legal liability for any errors or omissions it might contain. Levels and bases of, and reliefs from, taxation are those currently applying or proposed and are subject to change; their value depends on the individual circumstances of the investor. No part of this document may be reproduced in any manner without prior permission.